In an unnamed village in the southern region of Mucha, Abyss Feeders gradually devour Isley's body.[8]

Abyss Feeders begin another feeding frenzy. Despite his efforts to destroy them, they keep regenerate their bodies. Isley resorts to shapeshifting a Claymore-like sword, which he uses to futile effect.[9] 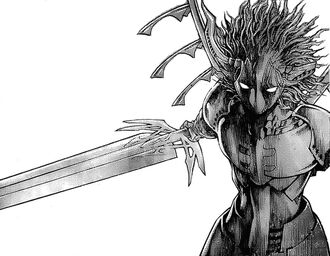 Dietrich explains to Deneve and Helen that the Abyss Feeders—sharing a hive-mind—accumulate their experience from generation to generation. Whatever Isley does, they learn to overcome it—Isley is eventually doomed.[10]

Helen cannot heal her eye, being the offensive type. Deneve decides to go west and find Cynthia, who is powerful enough to heal Helen. Dietrich now senses that Isley is about to fall.[11]

He cannot regenerate his legs and topples. The Abyss Feeders go for the final kill.[12]

As Isley is being consumed alive, he loses consciousness. His last thoughts are a hymn of grief about his "family," made up of himself, Priscilla and Raki. And how he wishes the illusion would last a bit longer.[13]

At Organization Headquarters, Limt gets word of Isley's defeat. He orders Alicia and Beth to Lautrec and engage Riful.[14] 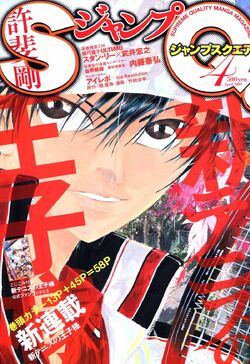