Clare demands that Rubel explain his presence in Lacroix village. He says he is part of an Organization team. He suggests a more private meeting place.

Later under a gateway, the three Ghosts speak more openly with Rubel.[8]

He volunteers that a search and rescue team has been looking for Renée.[9]

He speculates what Riful told Audrey and Rachel: that she needs someone expert at sensing Yoma energy. Thus he suspects Renée was captured by Riful. And that Riful is trying to awaken something she found.[10]

When Clare asks what could it be, Rubel guesses the remains of Rafaela.[11]

Renée demands that she be allowed to reattach her limbs, before probing Luciela x Rafaela.[12]

Riful relents. Dauf lowers Renée to floor, but threatens reprisal for any treachery. As Renée reattaches her limbs, she begins to probe the entity.[13]

Renée enters a dream world. There she finds the life fragments of someone or something. But when she touches it, an explosion shatters her body, hurling her consciousness back into the physical realm.[14] 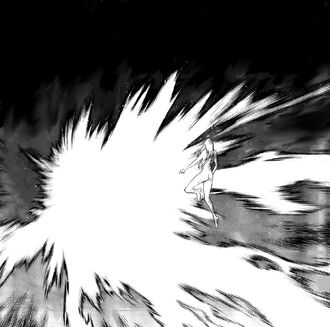 She realizes the entity must never awaken. She concentrates on reattaching her legs for she must escape this place, or be killed when the sisters awaken.[15]

The meeting between Rubel and Ghosts continue. In the original Japanese text, Clare accuses him of being Miria's source, regarding the mainland war.[16]

But Clare inadvertently reveals that Miria is still alive. Based on that fact, Rubel guesses correctly the identities of all seven survivors of the Battle of the North.[17]

Cynthia now realizes that Rubel is a mole for the Dragons' allies.[18]

Now Rubel admits trying to wreck the Organization's efforts at creating controlled awakened beings. But he would prefer the Organization self-destruct, rather than his side militarily attack it. When Cynthia asks why all the information about Renée, Clare says Rubel is baiting them to try to rescue Renée and get killed by Riful.[19] 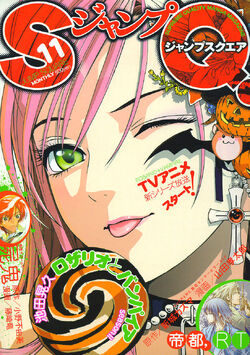