Captain Ganesu orders the guards to retreat, as the crab-like, awakened being rampages through Rabona. He says the first priority of the guards is to evacuate the civilians.[7]

What appears to be a young, naked woman in her 20s, she lies atop the crab, her hair attached to the crab's tentacles.[8]

She grabs several guards, bursting them apart in their armor and drinking their blood, hence the original magazine title, "Red rain",[9] which also alludes to Agatha's nickname 鮮血 (fresh blood).

Galk leads a spear attack on Agatha. But this proves a diversion as Sid attacks Agatha from behind. Agatha captures Sid, but Galatea rescues him, throwing Sid to Clarice, who catches him.[10]

Galatea names the awakened—"Bloody" Agatha, a former No. 2 warrior. When Agatha assumes that Galatea and the purge team comprise an awakened hunt, Galatea reveals the reality—that by leaking her Yoma energy, Galatea gave away her presence and tricked the Organization to send Clarice and Miata to the city. Galatea thought they would help her fight Agatha. But the ploy appears now to have backfired.[11]

The effort against Agatha collapses into a 3-way combat.[12] Galatea eventually loses her arm to one of Miata's attack.[13] 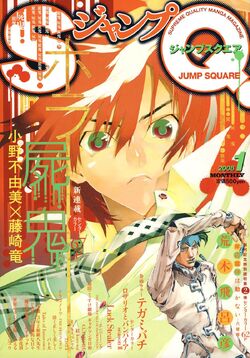 Retrieved from "https://claymorenew.fandom.com/wiki/Scene_75?oldid=57477"
Community content is available under CC-BY-SA unless otherwise noted.