As Clare grieves over Jean's corpse, Deneve kicks over Clare's body. She warns Clare that unless she stops her grieving, both Flora and Jean died in vain.[9]

Deneve says, "Or do you want to kill her and Flora all over again?"[10] Reluctantly, Clare picks up her Claymore sword and joins her comrades for their last stand. Deneve says her "battle for revenge starts here." As the Northern Army surrounds the remaining survivors, Miria says it is time for their "last battle."[11]

Back at Organization Headquarters, Galatea disrupts an Executive meeting, where she and Chief Limt argue over the sacrifice of 24 warriors as a tactic to gain time to ready Alicia.[12] 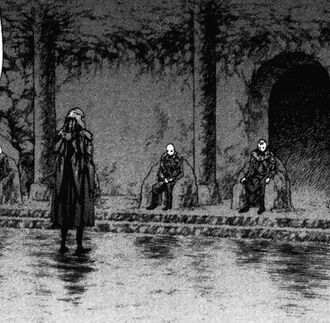 After Galatea leaves, Limt says the Organization should hurry the completion of the new "Eyes."[13] Possible allusion to Renée.

Inside a ballroom at Isley's manor, Raki practices sword-fighting with Isley. When Raki pushes himself too hard, he falls to the floor. Isley then orders Raki to rest. Isley then notices that Priscilla is missing and asks Raki to find her.[14]

Outside in the snow, Raki finds her naked at the edge of a cliff. Unknown to Raki, she is sensing the fighting going on in Pieta. Isley joins them.[15] 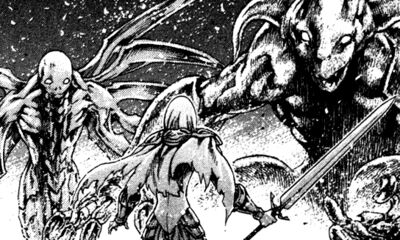 Helen near the end

Tearfully, Priscilla senses the warriors' auras going out like lights, one-by-one, till the remaining light disappears.[17] 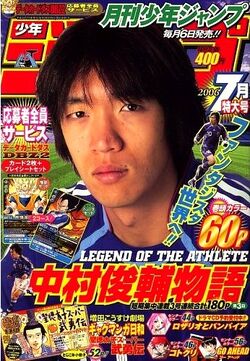 Retrieved from "https://claymorenew.fandom.com/wiki/Scene_61?oldid=57404"
Community content is available under CC-BY-SA unless otherwise noted.