In the desert, Raki's stomach growls from hunger. In response Clare throws her sword backward.[7]

The sword kills a lizard many meters away.[8]

That night at an oasis, Raki roasts the lizard over a campfire. But Clare only take a few bites. Being a Claymore warrior, she needs little food. She leaves camp, warning Raki not to follow.[9]

In the forest, she meets Rubel, who brings a new shirt and leggings to replace the ones damaged by the Awakened Claymore.[10]

Rubel examines Clare's wound. He alludes to Clare's stigma, asking what would Raki think if he sees it.[11]

He warns Clare not to get too attached to Raki. Before leaving, he gives her a new assignment—a black card.[12] 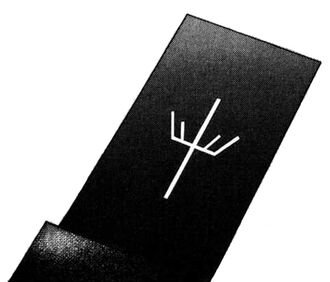 She recognizes the symbol's owner.[13]

The next day they reach Mount Shire. When Raki asks why they are here, Clare explains the black card system. When a warrior can no longer control awakening, and is in danger of becoming a Yoma, she sends her black card to someone she trusts to euthanize her, so she can die human.[14] 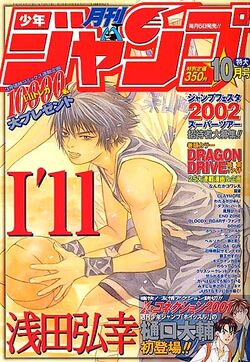 Retrieved from "https://claymorenew.fandom.com/wiki/Scene_4?oldid=60469"
Community content is available under CC-BY-SA unless otherwise noted.