Two Claymore warriors carry out a Yoma suppression in an unnamed village, devoid of all humans.

When warrior No. 4 asks No. 3 what this town is, No. 3 describes it as "a nest of Yoma." All of the original townspeople were killed and replaced by the Yoma.[5]

The two warriors—Sophia (No. 3) and Noel (No. 4)—now argue as who should be the real No. 3.[6] Noel somersaults through the Yoma, killing them. Sophia cuts through a stone pillar and kills the Yoma hiding behind it.[7]

But No. 2, Ilena arrives. She orders them to stop fighting. As she appoaches, two Yoma attack Ilena. But Ilena's Quicksword is so fast, Sophia and Noel cannot even see Ilena unsheathe and kill the two Yoma.[9] 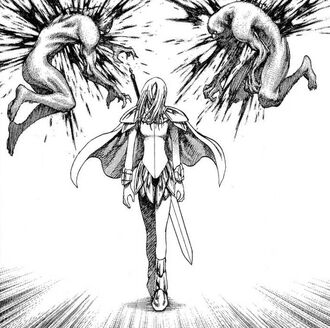 Ilena says their real assignment is to kill Teresa. Sophia and Noel think Ilena is in charge of the mission, but Ilena says she is no longer No. 2.[10]

The three see the new No. 2, Priscilla, stumbling out of an alley and falling to her knees, exhausted. Noel angrily challenges Priscilla to a fight, but then sees the entire alley strewn with Yoma body parts.[11]

Teresa and Clare are in sight of another village. There, Teresa says, they can stay for awhile.[12] 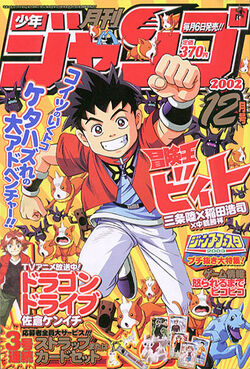