At a Rokut dress-shop, Teresa has Clare try on new clothes. Despite Clare's protest over the expense, Teresa buys the outfit anyway as she has little use for the money she has.[5]

Later out on a street, Teresa kills a Yoma, completing her assignment.[6] She speaks with the general public and finds a couple willing to adopt Clare. Clare strips off her new outfit and says she does not need any new clothes, only Teresa.

But Teresa is adamant. She leaves Clare in the care of an adoptive family. Despite Clare's pleads, Teresa insists that Clare should live among normal humans. Teresa says farewell and leaves Rokut.[7]

As she walks down the road, the gang of bandits gallop past her. She realizes that the Yoma was the only thing protecting the town from the bandits.[8]

She races back, but the most of the villagers are dead. On horseback, Boss uses his Falcon Sword to kills a villager.[9] Teresa arrives in time to see Rig dragging an unconscious Clare. He taunts Teresa by insinuating the future of abuse he plans for Clare.

Teresa retrieves Clare, taking Rig's remaining hand with them. As Rig demands that Teresa return his hand, his body fall to pieces.[10] 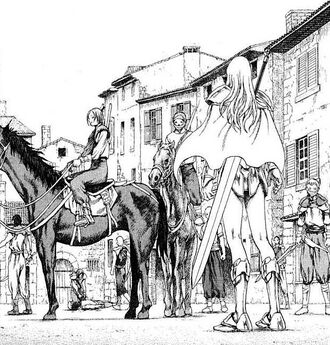 Teresa tells the bandits that she intends to kill them all.[11] 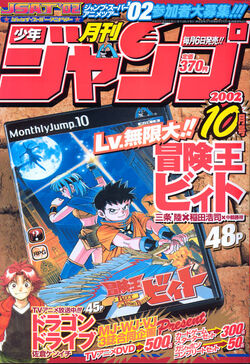 Retrieved from "https://claymorenew.fandom.com/wiki/Scene_16?oldid=60488"
Community content is available under CC-BY-SA unless otherwise noted.