Teresa and Clare are in sight of the town of Rokut. Teresa assures Clare that they should reach the town by tomorrow night.[5]

That night in the forest, as Clare sleeps before the campfire, Teresa goes off into the forest. She knows Rig has been following them. She waits for Rig, who immediately appears.[6] 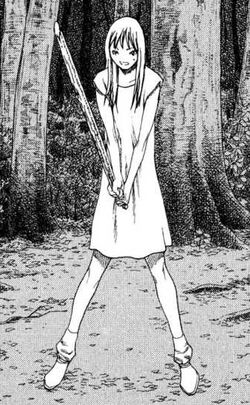 Rig wants to avenge the loss of his hand by physically abusing Teresa.

But Teresa feels already degraded by her past and cannot sink any further down. Blase, she consents to sex. But Clare hits Rig with a stick. Rig strikes back, but before he can seriously hurt Clare, Teresa grabs his dirk and threatens to behead him. Rig flees.[7]

Clare finally speaks. Instead of recoiling horror, Clare hugs Teresa's exposed stigma, asking if it hurts. She says back in Teo, she saw the same pain in Teresa's eyes as Clare sees in herself.[8]

The two finally bond as mother and daughter.[9] 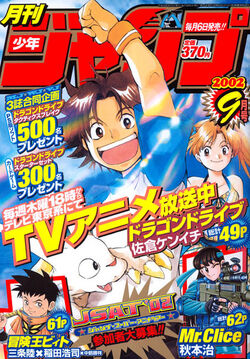 Retrieved from "https://claymorenew.fandom.com/wiki/Scene_15?oldid=60487"
Community content is available under CC-BY-SA unless otherwise noted.