Twin towers explode in Rabona. Inside each tower, a female awakened recovers from being hurled back by the Destroyer–Priscilla combat.

The towers burst apart as they awakened into huge tapeworm- and origami bird-like forms. The Tapeworm awakened has tapeworm-shaped tentacles. The Origami awakened has a Smiley head.[6]

A craving for flesh and blood overtakes the awakeneds. Rabona guards attack with spears. As Origami lands in the street, archers fire flaming arrows from the rooftops above. But neither spears nor arrows have any effect.[7]

Miata then Clarice attack. Clarice is thrown back, but is rescued by Cynthia and Yuma.[8]

Origami attacks Sid, who is yanked back by Deneve.[9]

Miria and Clare dodge Tapeworm's attack. Tapeworm bristles with dozens of armless torsos, each identical—only one contains the vital organs, according to Tabitha. But the Ghosts' Eyes, Tabitha, notes that the situation is complicated by the awakened's aura spread evenly among the torsos.[10]

Miria and Clare race to find the vital core. Clare realizes her movements are those of Rafaela, who used a Yoma energy membrane technique, allowing Clare to sense movement beyond her peripheral vision. Miria and Clare reach the last torso and together they make the final strike.[11] 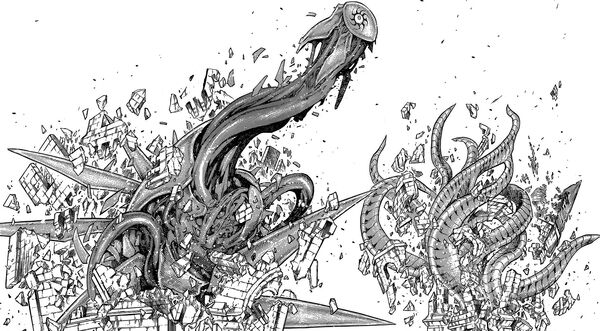 Deneve and Co. still confront Origami. Miata again attacks and creates a massive wound, but Origami instantly regenerates. Deneve observes that only a single attack that destroys most of the body will work.[12]

Helen winds up her arm 55 times for a Drill Sword attack. Before Origami can escape, Galatea uses her technique to immobilize her. Helen's attack destroys Origami.[13]

Atop a city battlement, Raki ponders Clare's quest for revenge. Though he understands Clare's motives, he is still puzzled by Priscilla's. Suddenly Chronos and Lars approach Raki for a talk.[14] 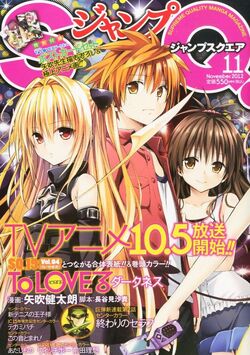