In an unknown forest, the awakened Cassandra lumbers toward Rabona.[6]

Rafutera tries to apologize for using Yoma power harmonization on Miria, who understands that Rafutera was only acting under orders. Miria says that the Twin Trainees will want to thank Rafutera for saving their lives, when they were fighting Roxanne.[7]

Raki towers over Helen's height (175cm/5ft 8.89in).[8] She is amazed that the young boy survived and grew so big.[9] Raki notes that Helen has not aged. When he asks if she has any "news" about Clare, Helen replies that they were together during the 7-year timeskip.[10]

Deneve explains that while Clare was searching for him, she also sought revenge against an unnamed enemy.[11]

She realizes that Clare is trapped with very person that appeared as a phantasm as Hysteria died. And the strange voice of the dying Hysteria was actually that of Clare's enemy. Further, when Cassandra spoke, though her words were not audible, her mouth moved the same way.[14]

She speculates that Cassandra, reanimated by this person's Yoma energy, is also under this person's control, and is traveling to Rabona to free this same person.[15]

Helen wants to stop Cassandra, but Miria decides otherwise. She envisions freeing both Clare and Priscilla before Cassandra's arrival. Miria is counting on Cassandra breaking free of Priscilla's mental influence, then fighting Priscilla.[16]

Despite the impossibility of the plan, two impossibilities have already occurred—Raki's survival and the demise of the Organization. Miria notes that the "impossible" comes into being through effort, not wishing.[17]

There is general concern that Cassandra will detect the warriors' auras. Raki suggests everyone travel by ship around the south coast, avoiding Cassandra.[19] (see river west of Rabona on world map). They should arrive at Rabona in half the time.

Miria tells Raki to accompany them. She want him to call out Clare from the cocoon.[20]

Helen fears that Clare, naked in the cocoon, may refuse to leave, being ashamed of her stigma. Then Deneve expose her abdomen, shocking Raki. She tells him that he must receive Clare with all his strength.[21]

The trainees fear their "big brother" leaving and begin crying. But he promises to return.[22] 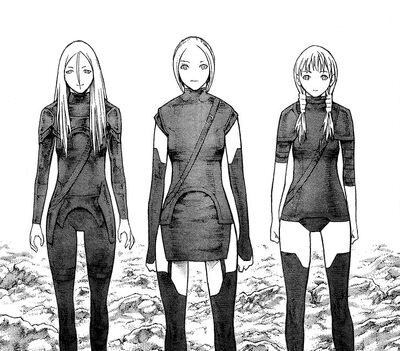 Miria asks Cynthia, Tabitha and Yuma to care for the wounded, but they wish to come along. Miria consents. She announces that tomorrow at dawn, the Ghosts—plus Raki—leave for Rabona.[23] 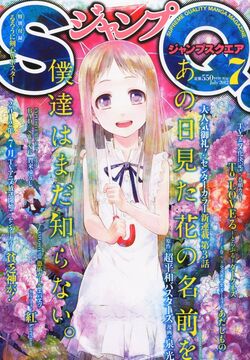 Retrieved from "https://claymorenew.fandom.com/wiki/Scene_127?oldid=57280"
Community content is available under CC-BY-SA unless otherwise noted.