The warrior slashes through the Yoma's torso. When the Yoma collapses face-down on the street, the warrior thrusts her sword through the skull. With utter contempt, she throws off the blood from her blade, splattering the onlooking villagers.[6]

A village representative tries to pay the warrior, who replies that a Man in Black will collect the fee. She also warns that villages that fail to pay are destroyed by Yoma. This terrifies the villagers.[7]

The warrior meets a Man in Black, Orsay, on the outskirts of the village. He addresses her "Teresa." He cautions her not to spread rumors of Yoma being sent to punish non-paying villages. He then gives her a new assignment—the village of Teo.[8]

In the VIZ Media translation, Orsay says that Teresa is "A seventy seventh generation Claymore...warrior number 182."[9] The original Japanese text never mentions any generation. See "Teresa's generation" in Notes below.

Instead of appearing in Teo, Teresa shows up at the marketplace of a neighboring village. She immediately slashes and thrusts to death four normal-looking men, which panics the villagers. Two onlooking villagers awaken into Yoma and attack, but she slashes and kills them as well. Someone screams as the remains of the four dead men awaken into their true Yoma form.[10]

Teresa counts six Yoma, but remembers sensing a 7th. Among the spectators, she sees a man holding a small, pre-adolescent girl (Clare). Teresa jumps and lands behind him, then strikes—the 7th Yoma is bisected and collapses in two.[11] 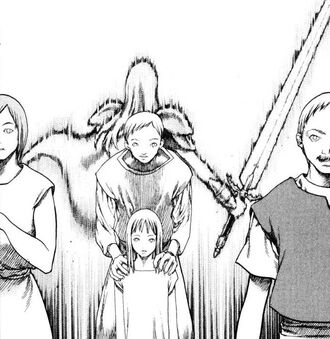 The blood-splattered girl glances up at Teresa.[12] 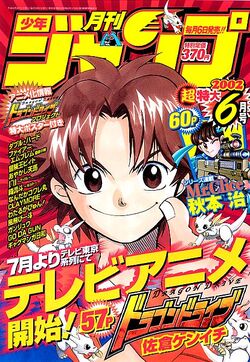 Retrieved from "https://claymorenew.fandom.com/wiki/Scene_12?oldid=60558"
Community content is available under CC-BY-SA unless otherwise noted.