One of the Twin Trainees has broken into Raki's prison cell. She "attacks" him with tentacles.[6]

As the other trainees watch, Raki escapes outside. He again dodges the twin's tentacle thrust. He jumps over the twin and grabs one of the trainee's Claymore sword. He deflects further thrusts. Then someone throws the twin a sword. Now her sister joins the combat.[7]

But Raki stops the fight and explains who he is. He also notices that everyone has a "practice sword"—with neither sharp edge nor symbol.[8]

Raki realizes that the general situation is abnormal. Another trainee explain they are runaways, fleeing the Organization.[9]

Meanwhile, the Claymore rebels are losing the fight. But the twins come to their aid. Elsewhere, Raki fights Organization personnel.[10] 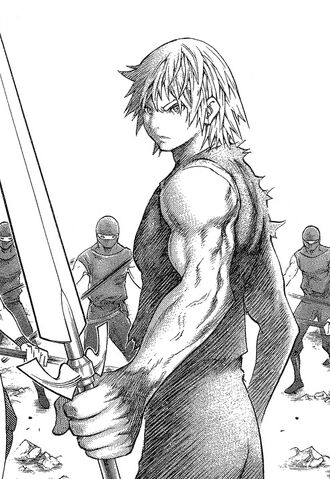 Raki versus the Organization

From the safety of a citadel, where the Executive chamber is located, Dae gloats while watching the chaos. The newborn Abyss Feeders are inexperienced fighters, using only a fraction of their potential against the warriors.[11]

Despite panicky subordinates, Limt is blase as usual. And unconcerned if the three former No. 1s—Hysteria the Elegant, Roxanne of Love and Hate, and Cassandra the Dusteater—awaken into Abyss Ones, as they proceed on their mission of annihilation.[13] 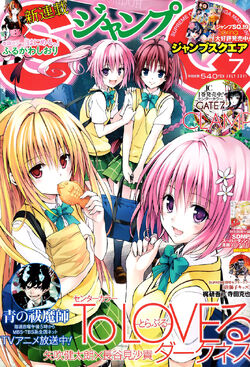 Retrieved from "https://claymorenew.fandom.com/wiki/Scene_115?oldid=60404"
Community content is available under CC-BY-SA unless otherwise noted.