At Organization Headquarters, Claymore warriors defy the orders of the Men in Black, who are further surprised by Miria's return.[6]

One Man in Black says all the single-digit warriors—Audrey, Rachel, Nina, Anastasia, Dietrich and Miata—have joined the rebels. The only exception is Renée, who has disappeared.[7]

But ironically, Miria's softhearted approach softened the hearts of the warriors. Should Miria have killed any warriors, events would have turned out differently.[9]

Rachel grudgingly helps Miria only because of Audrey's support.[10]

In the Executive chamber, Men in Black assess the situation—trainees deserting and the rebels' impending attack.[12]

Rafutera reports to Limt. He asks why she did not report Miria's presence. She says since she was not asked about Miria's aura, she did think it necessary to report it. Limt now realizes that Rafutera has betrayed the Organization. He asks her why.[13]

Rafutera say during the final attack on Miria, the warriors felt confusion, fear, anger and sorrow as well as love and respect. Still half-human, the warriors hesitated at killing a sister warrior.[14]

When Miria arrived, the warriors felt both despair and salvation from her and developed a strong instinct not to kill her. The current situation is due to misunderstanding the human feelings of the warriors.[15]

Dae still needs several hours to deploy the resurrected No. 1s. To buy time, Limt orders all "Things" released outside, despite their potential indiscriminate attacks. Loyal personnel must stay indoors.[17]

The rebels are attacked by Abyss Feeders. To avert catastrophe, Miria orders all single-digits to the front and double-digits to the rear. Double-digits who feel able to fight will act as support. But despite this tactic, the Feeders bypass the strong warriors and target the weak.[18] 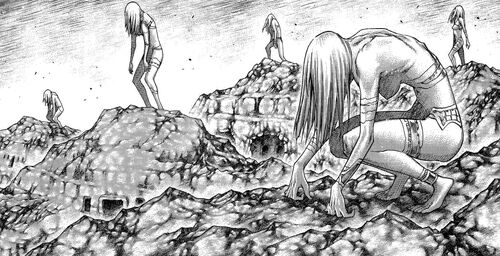 Raki hears fighting outside his cell and tries to escape. The wall bursts open—one of the Twin Trainees used her awakened arm to break through the wall. Raki stares in confusion—other trainees watch in the background.[19] 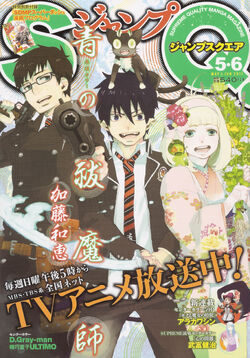 Retrieved from "https://claymorenew.fandom.com/wiki/Scene_114?oldid=57305"
Community content is available under CC-BY-SA unless otherwise noted.