Rubel visits Dae working in a laboratory at Organization Headquarters. The corpses of three former No. 1 Claymore warriors—Cassandra, Hysteria and Roxanne—await reanimation.[7]

A superior enters and demands that Dae finish resurrecting the corpses as quickly as possible. Then he orders Rubel to an emergency meeting of the Man in Black. A research facility is under attack by rebel warriors.[8]

The Ghosts, Anastasia's hunt and Dietrich destroy a Yoma-making facility. Tabitha says her decision to destroy the facility is what Miria herself would have done.[9]

An unnamed Organization official rallies the warriors to battle. He says that that rebel warriors are heading toward Headquarters and that everyone must defend the Organization.[10]

In flashback, an unnamed warrior remembers how Miria cut down all the warriors, yet spared everyone's life. 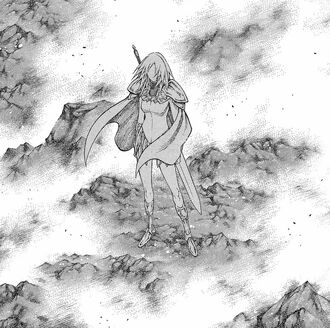 The flashback ends with the warriors cutting down Miria.[11]

But instead of going into the mountains and battle the rebels, the warriors stop en masse. A Man in Black demands an explanation.[12]

Suddenly, a another warrior appears—Miria.[13] 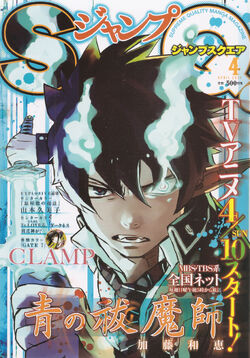