No cold open. Color plate of Raki and Priscilla in the original Jump SQ publication.[9]

In Ticelli village, Raki kneels helplessly in pain, pierced with parasitic rods. He asks Priscilla what she meant by finding the scent she has been searching for.[10]

Priscilla says has finally found the source of the scent that Raki carries. And that she is done with him, but gives him her "thanks."[11]

Within the Executive chamber at Organization Headquarters, Dae meets with the Executive and Men in Black. Dae presents Priscilla's arm and asks about its ownership.[12] 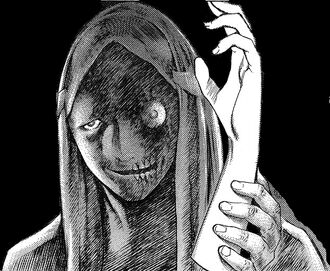 Dae and the mystery arm

Dae possesses Yoma sensing ability like other Yoma-entities. He senses that the arm is more powerful than the three Abyssal Ones. He speculates that the owner could be a former No. 1.[13]

After the meeting, Dae approaches Chief Limt and asks for permission to restart an abandoned project. Dae warns otherwise the Organization will be helpless against a "mysterious group prowling the lands" (Ghosts), "disaffected warriors" and an unknown Abyssal. Limt gives permission.[15]

In an unnamed region, the Ghosts and Dietrich stop on a mountain path. They debate which direction they should go.[16]

Tabitha detects Claymore warriors nearby. Dietrich suspects a hunt led by No. 7, Anastasia.[17]

Anastasia's hunt, lead by No. 7, Anastasia, returns to Organization Headquarters by going south down a mountain path which leads to Alfons going the opposite direction. Accompanying her is No. 15, Nike, and Keira and Phina.[18]

They are met by a man who awakens. In the ensuing battle, Anastasia seems to float midair as she fights.[19] But a group of dazed men surround the warriors. They too are about to awaken.[20] 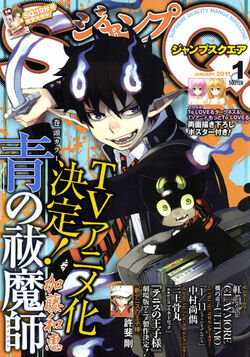 Retrieved from "https://claymorenew.fandom.com/wiki/Scene_110?oldid=57369"
Community content is available under CC-BY-SA unless otherwise noted.