On Dae's return, he asks what befell Organization Headquarters, as cleanup crews clear the area. His superior refuses to answer. He informs Dae that Raki has arrived.[9]

Later, Dae is shown why Raki is immune to the rods. The answer surprises even Dae.[10]

Helen leads Galatea to the remains of the Destroyer, a Yoma cocoon.[11]

Galatea detect the presence of Clare and Priscilla inside. She also detects something else that is binding Priscilla. Galatea realizes that freeing Clare means freeing Priscilla.[12]

Deneve sword-fights Tabitha. The other warriors break-up it. Deneve was stopping Tabitha from trying to rescue Miria by herself.[13]

After much debate among themselves, the Ghosts decide to rescue Miria, together.[14]

Dietrich asks if the Organization is really responsible for the invasion of Rabona. Deneve replies that Dietrich should find out for herself. Dietrich remembers her childhood where a similar attack occured to her hometown. She must decide now whether to betray the Organization, or join the Ghosts and rescue Miria.[15] 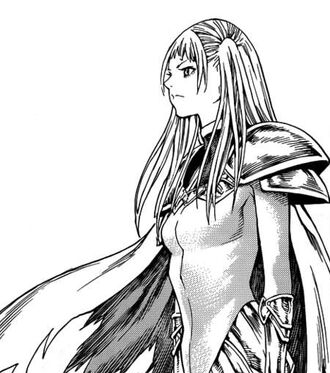 In the end, Dietrich joins Deneve, Cynthia, Helen, Tabitha and Yuma. Galatea watches them as they head out to Organization Headquarters.[16] 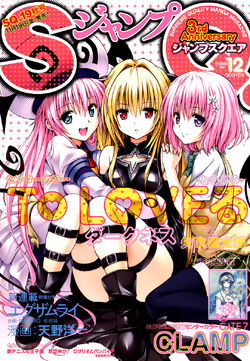 Retrieved from "https://claymorenew.fandom.com/wiki/Scene_109?oldid=60110"
Community content is available under CC-BY-SA unless otherwise noted.