This character is named "Raquel" only in the anime voice actor credits of the Japan and US dubs. Nameless in all other anime dubs and all manga editions.

ラケル transliterates from "Raquel," a Spanish and Portuguese form of Rachel.

A moth-shaped buckle holds 2-layer spaulders on the shoulders. The anime buckle is a simple band.[4] Also wears vambraces covering the wrists and mid-calf chausses.[5] 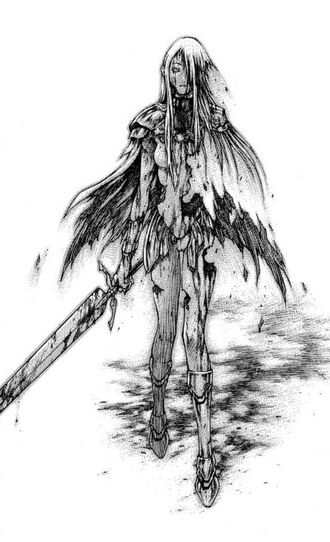 Unknown type. Having no Organization datasheet in the "Yoma War Record," her ability and baselines are unknown. Unable to regenerate her wounds, she could be an offensive type.

In the manga, Raquel II is first seen with the Zakol hunt, which marches past Clare's inn in Hamel.[6] The anime voice actor credits lists Raquel II as the original Raquel, who dies in Witch's Maw.[7] 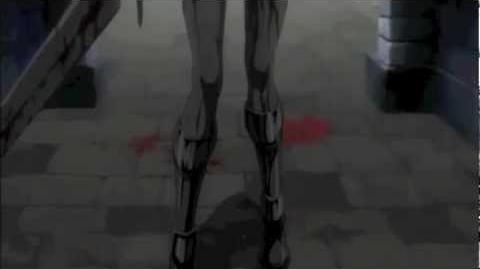 Raquel II, who escapes Witch's Maw, reaches Hamel and speaks with Clare before dying. She asks Clare to save her comrades.[8]

After Clare reverses Jean's awakening, Jean glances at the original Raquel's body and swears to avenge her and Katea's deaths.[9] Jean has yet to be told about the warrior who escaped to Hamel.[10]

Retrieved from "https://claymorenew.fandom.com/wiki/Raquel_II?oldid=59822"
Community content is available under CC-BY-SA unless otherwise noted.