"Noel" is a typically male first name with a few rare exceptions. The usual feminine form is "Noelle" and similar variants.

The Claymore character does not have a nickname in the Germany and Italy editions. English-language scanlations take on the form of "Hurricane," "Galewind" and the like.

Name of the US actress, Noel Neill.

Old Generation uniform. A bat-shaped buckle holds 2-layer spaulders on the shoulders. Mid-calf chausses is typical of the era. 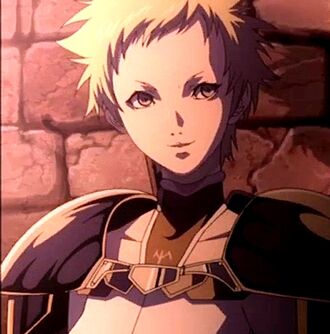 Brash and volatile. Yet paradoxically conforms to Organization norms. As with Sophia, Noel is fearless in face of the awakened Priscilla.

In Chaldean Numerology, the number 4, Noel's former number, is often viewed as the number of immaturity.

Noel is an offensive type[23] warrior, her ability being Agile Speed Attack.[24]

Agile Speed Attack enables High Fluid Movement.[25] In the Manga Noel's technique enables her to cut off an arm from the Awakened Priscilla. Years later Clare remembers how her technique made this possible.

She has the greatest agility of all warriors. As a technique, her movement exceeds even the No. 1 Teresa. She is easily angered, but never to the point of preventing her from fulfilling the mission.

With Sophia, they fight like cats and dogs. On each encounter, they argue as to who is the best. Together with Ilena and Sophia, they perceive the threat of the awakened Priscilla, but despite the utmost caution, they are killed with ease.[26]

Teresa leaves Clare with a foster family in Rokut. But Teresa returns too late to save the village from bandits, who she executes. Teresa breaks the cardinal rule of Organization—never kill humans. Later she resists execution, when Orsay refuses to reveal Clare's fate. Teresa leaves with Clare.[27]

Two warriors—Sophia (No. 3) and Noel (No. 4)—meet in a Yoma nest, a town devoid of all human life.[29] As they kill Yoma, they argue who should be No. 3. Noel compares Sophia's strength-based technique to a gorilla's, while Sophia compare's Noel's agility-based technique to a monkey's. Noel challenges Sophia to a fight.[30]

According to the Organization, both Noel and Sophia are equal in combat results, but only one could be No. 3 due to record-keeping requirements.[31] 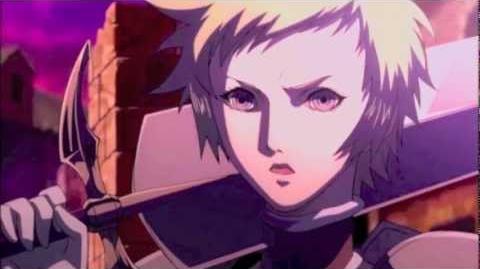 But No. 2, Ilena, arrives and stops the fight. She says a new No. 2 has been promoted in her place. Thus, everyone has been demoted by one rank. This angers Noel.[32]

The new No. 2, Priscilla, stumbles from alley. Noel challenges her to a fight, then sees alley filled with dead Yoma. Priscilla has Yoma Energy Control, enabling her to completely turn off Yoma power. Sophia never sensed her fighting in the alley.[33]

At another village, the purge team locates Teresa at the local inn.[34]

Teresa repels the attacks of Ilena. Downstairs, Sophia plunges her sword through ceiling, but Teresa dodges the blade. Despite Teresa's Detailed Yoma Energy Sensing, she does not detect Priscilla's presence, but noticed her shortly afterwards, Priscilla introduces herself.[35]

One-by-one, Teresa defeat the warriors. And without releasing her Yoma Energy. Under Priscilla's leadership, the purge team proves little more than an organized mob.[36]

Teresa and Clare leave town.[37] But Priscilla awakens and pursues them. On a deserted plateau, Priscilla fights Teresa. Soon the purge team arrives. As everyone watches the fight, Priscilla beheads Teresa.[38]

Noel does not recognize the new Yoma entity. But Ilena reveals to Noel the existence of something beyond a Yoma—an "awakened one."[40]

The purge team attacks. Priscilla cuts off Ilena's left arm. Noel, then Sophia, are impaled by Priscilla's claws.[41] Priscilla further wounds Ilena and leaves her for dead. But she ignores Clare as if she were "a stone on the side of the road." Clare later comes to despises herself for being afraid at that moment. Priscilla then flies away for parts unknown.[42]

Clare decides to use the Organization as a venue for revenge. Cradling Teresa's head, Clare finds a Man in Black—Rubel.[43]

After the 7-year timeskip, the now adult Clare encounters Priscilla in Lautrec. During their combat, Clare reminisces how Noel's agility enabled her to cut off Priscilla's arm.[44] 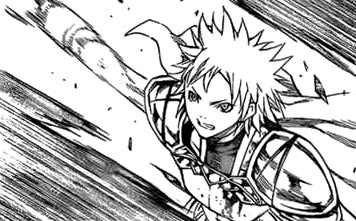