ジーン transliterates from "Jean." From the medieval English and Scottish Jehanne, the Old French feminine form of Iohannes, deriving from the Hebrew יוֹחָנָן (Yochanan "YHWH is gracious").

In keeping with late 20th century film depictions[17][18] of the 15th century historic figure, Jean wears a medium-length, blonde bob with a feathered fringe. Has intense, brow-less eyes in the manga, but short slanting brows in the anime.

Never shown smiling in the manga, but smiles once in the anime after the warriors kill the Insectile awakened.

Jean wears a Current Generation uniform. A ribcage-like buckle holds 2-layer spaulders on the shoulders and a heavily built sword carrier at the top of the spine. Horizontally overlapped faulds hang in front of the thighs, instead of the usual position on the hips.

Vambraces cover the entire forearm, while chausses protect the lower leg up to the knee.[19]

Awakens into a surreal butterfly form, with heavily veined wings. Filaments extend in all directions. Anime version is simplified, but displays florescent colors shading toward green.[20] 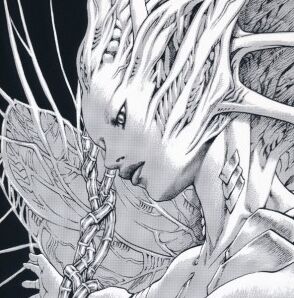 Mental baseline (A+) enables displays of extraordinary willpower under duress. Jean survives torture and reverts to human form after awakening. Loyalty and good manners are earmarks of her personality.

In Chaldean Numerology, the number 9, Jean's number, is often viewed as the number of the saint.

Jean is an offensive type[23] warrior, her ability being Rotary Attack.[24]

In village of Hamel, Jean leads an awakened hunt to the Zakol Mountains. She detects a Yoma aura emanating from the inn, where Clare is hiding. But Jean ignores it and says it is her imagination.[27] 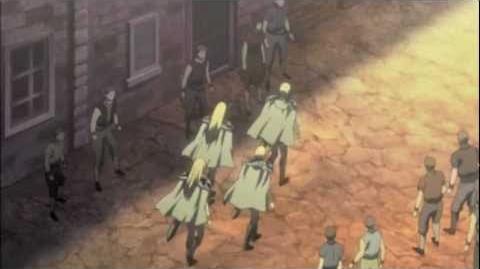 The hunt enters an abandoned castle, where all but one warrior are captured. Later, the wounded escapee staggers into Hamel. She asks Clare to save her comrades, before dying.[28]

Back in the castle, Riful of the West supervises her consort, Dauf, in awakening Jean and Katea. The manga Raquel lies dead in corner. Dauf senses Clare's arrival. Riful orders him to deal with Clare.[29]

During battle, Riful explains she needs the warriors to awaken, so they can join her army. The enemy is Isley of the North. Riful inadvertently reveals Priscilla's existence.[35] When Clare demands to know Priscilla's whereabouts, Riful promises to tell if Clare can land one sword blow on her. Riful almost tricks Clare into awakening, but Galatea reverts her back.[36]

To break the stalemate, Galatea orders Clare to retrieve Jean, while she holds off Dauf.[37] 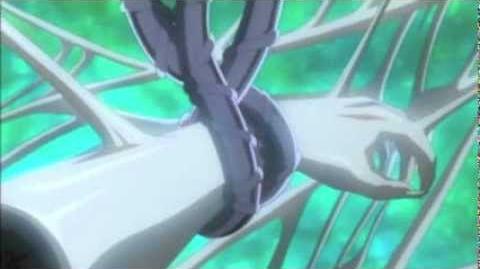 Upstairs, Galatea is exhausted, but Clare and Jean arrive in time. Galatea and Clare distract Dauf, while Jean, using Drill Sword, bores through his throat. But Dauf slams Galatea and Clare together, then strikes down Jean, but loses most of his fingers.[39]

Clare asks Jean to try once more. This time, Clare's Quicksword prevents Dauf from slamming his arms together on warriors.[40]

Jean bores through Dauf's throat. But Riful stops Jean from beheading Dauf. Riful addresses Galatea and Clare: "You held me off and didn't break, despite my efforts." Then she rewards Galatea and Clare by giving back Jean.[41]

One manga translation has Riful speaking to Dauf instead: "Someone like you who can accept me without breaking." Translation repeated in English dub of anime.[42]

After Riful leaves, Galatea tries to bring Clare back to the Organization, but Jean blocks her. Instead, Galatea says she will report them dead.[43]

Later, to Clare's annoyance, Jean follows her through the forest. They run into Rubel and Rafaela. Clare is forced to join the Organization's battle group in Pieta.[44]

Jean appears in Yuma's flashback. In the banquet hall of the Eastern Inn, Miria holds a meeting with the battle group. She tells everyone to take a half dose of suppressant. If rendered unconscious during combat, a warrior will radiate no aura, making her appear dead to both the Northern Army and Organization.[51]

Rigaldo awakens into the Silver Lion. He kills Veronica and Undine, then wounds Jean. Clare awakens and attacks. But Rigaldo repels Clare and kills Flora.[53]

Clare's awakening out of control, she demands that Helen kill her, but Jean intervenes and dies realigning Clare to normal.[56]

Raki races to town, followed by Priscilla. Priscilla awakens and Clare gives chase. Miria, Deneve and Helen follow. In the snowy landscape they meet Galatea, who points them toward the volcano, where Clare and Priscilla fight.

Meanwhile back in Pieta, Jean finds Raki crying in an alleyway. After speaking with Jean, Raki decides to accompany her as she sets out to find Clare.[59] 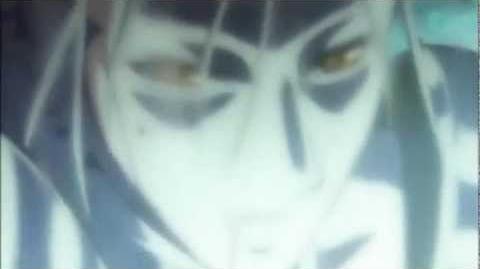 Jean makes a last "appearance." In an abandoned castle, Witch's Maw II, Clare enters the mind of Luciela x Rafaela. Clare enters a dream world, where she and Jean meet Rafaela in a replay from Scene 50.[62] Rafaela asks which one is Clare. Clare tries to protect Jean. But when Clare reaches out, Jean is gone.[63]