Unofficial translation of 元一桁ナンバー Moto Hito-keta Nanbā (Former Single-digit Number). Unnamed by characters in both manga and anime. FUNimation names the character as the "Awakened Girl"[5] in the DVD booklet.

Full name appears only in "Yoma War Record II," where the name refers to Organization rank range before awakening. Actual name and rank ungiven. Rubel describes the awakened being as a "single-digit number."[6] 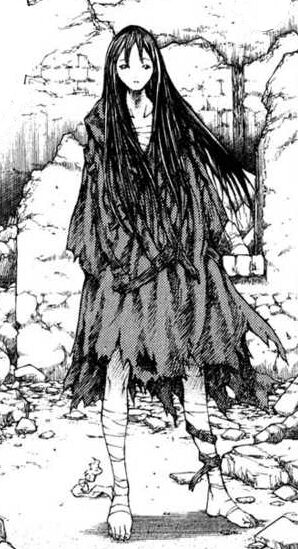 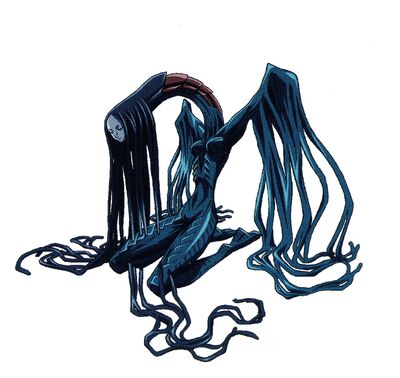 Unknown type. Having no Organization datasheet in the "Yoma War Record," her ability and baselines are unknown.[7]

Amid the ruins of Gonahl, the Gonahl hunt collapses into chaos, as Ophelia cuts off Clare's legs.[8] She challenges Clare to reattach them as she fights Raki in sword match. With each passing minute, Ophelia increases her skill level, till Raki is killed.[9] 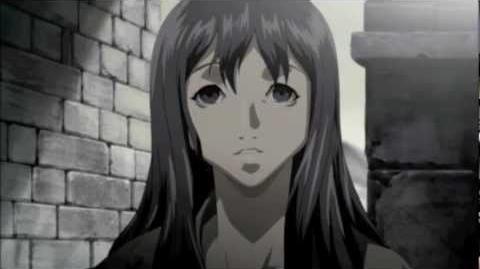 A young girl appears. Raki warns her away. But she awakens into the Former Single-digit.[10]

Clare reattaches her legs, but Ophelia throws Raki to Single-digit. She hold down Clare face-down as Raki is about to be eaten.[12]

While Ophelia is preoccupied with Single-digit, Clare flees Gonahl with Raki.[14]

Single-digit catches Ophelia and breaks her neck. She thinks Ophelia is dead and casts aside the body.[15]

Retrieved from "https://claymorenew.fandom.com/wiki/Former_Single-digit?oldid=60696"
Community content is available under CC-BY-SA unless otherwise noted.