No prologue. Color plate of Clare in the original Weekly Shōnen Jump publication.[7]

On a desolate plateau, a young girl picks up the head of Teresa. She hugs Teresa's head.[8]

The narrative flashes forward. A now teen-aged Clare is attending class at the warrior school, at Organization Headquarters.[9]

Her sister trainees wonder aloud about rumors that Clare has Teresa's flesh. To test Clare, a bigger trainee starts a sparring match with Clare using Claymore swords. Clare puts up a fight, but is knocked down.[10]

But Clare gets up and the fight is about to restart, but Rubel breaks it up.[11]

On site in a ruin village, Clare's Instructor announces the test to 10 trainees, among which are Clare and the girl she fought earlier. The group is divided into two teams. They are to fight under realistic conditions.[12]

Clare wanders away from her team and runs into her old rival. While the two fight, Clare discovers all the other trainees are dead.[13] 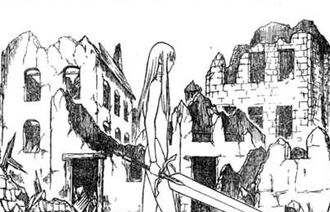 The two survivors are attacked by a Yoma. Clare's rival is wounded by the Yoma.[14]

Despite the girl's protests, Clare drags her into a building.[15]

The Yoma searches for the two trainees. He detects what he thinks is Clare's aura, then spots her long hair hanging at a window's edge. He strikes through the building with extensible claws.[16]

But Clare's hair is attached to a beam, with the wounded trainee's aura acting as a decoy.[17]

With his claws caught in the wall, Clare appears behind him and cuts his skull in two.[18]

The instructor and Rubel watch from afar, as Clare helps her former enemy leave the village.[19] 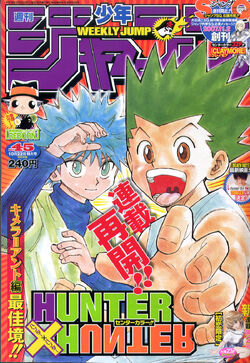 Retrieved from "https://claymorenew.fandom.com/wiki/Extra_Scene_4?oldid=57412"
Community content is available under CC-BY-SA unless otherwise noted.