No prologue. Color plate of Miria in the original Weekly Shōnen Jump publication.[5]

A rainy night sometime after the Ghosts leave Alfons and are traveling south to Rabona.

Daytime. The captain of Hilda's hunt, Hilda herself, compliments Miria after her first awakened hunt. The two friends vow to "team up together again as single-digit warriors."[7] 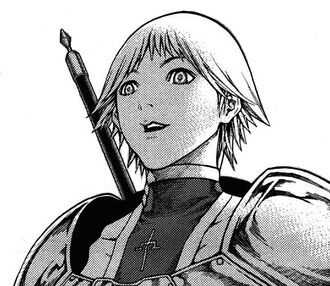 Another day. From afar, a Man in Black, Ermita, observes Miria destroy a Yoma pack.[8]

He notes Miria's "Phantom" technique. Also watching is warrior No. 4, Ophelia. Though part of the hunt, she refuses to participate as no awakened being is present.[9]

Miria is now part of a new hunt. They are led by Ophelia, who speaks of a warrior who gave Ophelia a black card. But instead of giving it to the unnamed recipient, Ophelia tore it up.[10]

Hilda allowed Miria to kill her, echoing Hilda's earlier words "to team up together again..." In her grief, Miria awakens herself, with Ophelia waiting to kill her.[12]

Daytime in the present. Back on the same mountain, Miria plants Hilda's sword as a grave-mark. She speaks to Hilda's spirit, asking her to join Miria, the Ghosts and fallen of Pieta.[13]

A small image of Clare appears on the front panel of the cover. 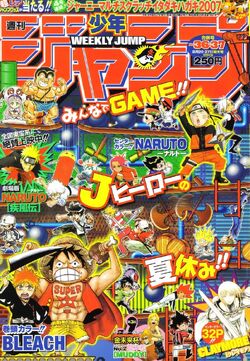 Retrieved from "https://claymorenew.fandom.com/wiki/Extra_Scene_2?oldid=59980"
Community content is available under CC-BY-SA unless otherwise noted.