VIZ Media replaced the earlier "Creature of the Abyss"[7] with "Abyssal One" from Scene 110 onward.[8]

Dietrich uses both names in her report to Miria: "In the southern lands the two of us encountered Isley, the Creature of the Abyss. Helen was wounded in an unexpected conflict with the 'Abyss Feeders,' the Organization's new weapons against the Abyssal Ones."[9]

"Creature of the Abyss," 深淵の者, figuratively means someone hidden deeply. Literal translation "People/Person of the abyss." FUNimation also uses "Creatures of the Abyss"

One of three awakened beings, each a former No. 1 warrior. First mention by Galatea.

Asked for a definition of an Abyssal One, a Man in Black says "The name given to some former No. 1 warriors that have awakened" (かつての戦士のナンバー１が覚醒したのにつけられた名だろ).[11]

Typical awakened being ability, but of greater magnitude.

In the Witch's Maw, Galatea explains the origins of the Creatures of the Abyss.

By coincidence, each Abyssal settled in one of the five regions of the island—Isley in the North (Alfons), Riful in the West (Lautrec), and Luciela in the South (Mucha). The east (Sutafu) remains under control of the Organization.[15] 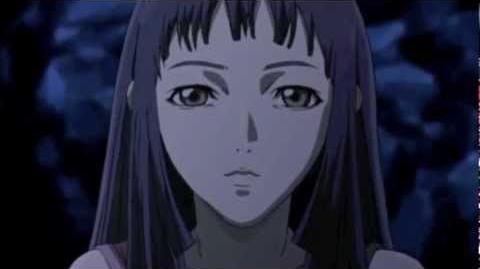 The central region of Toulouse, unmentioned by Galatea, appears unaffiliated.[16]

A status quo existed among the Abyssals. Then Isley, under the influence of Priscilla,[17] raises an army to expand into the western (Riful's) and eastern quadrants (Organization's). Isley himself invades Mucha and defeats Luciela.[18]

Awakened Beings never formally designated as one of the three original Abyssal Ones by the Organization, due to ranks less than No. 1, or an unknown awakened state.

Being a former No. 1 alone may not guarantee Abyssal status. See Etymology

Former No. 1, Rosemary, is demoted to No. 2, due to Teresa's promotion. Later, Teresa kills the awakened Rosemary.[19]

Organization's intended replacement for Teresa. The captain of the purge team, Priscilla, partially awakens and kills Teresa.[20] Fully awakened, she destroys her own purge team.[21] Years later, she kills Riful of the West.[22]

No. 1, Alicia, almost destroys Riful, before her sister, No. 2, Beth, is struck with a parasitic rod. Both in awakened form are killed by Priscilla.[23]

Dae gets permission from Limt to reanimate former No. 1s.[24] Dae eventually reanimates Cassandra, Hysteria and Roxanne.[25] Organization members fear their awakening, which comes to pass.[26]

Dae, the Men in Black and the Ghosts refer to these three awakened No. 1s as "Abyssals."

"Riful's daughter" first appears as a female torso wandering through the forest. The original Jump SQ narrative refers to her as the remnant of Riful. Fleshy strips form a young girl.[27] During combat with Priscilla, the young Abyssal taps into the remnants of the Destroyer for endless energy. [28]

Dae refers to this entity as an Abyssal.