Nighttime. In an unnamed village, a Claymore warrior effortlessly kills a Yoma.

When a village spokesman tries to pay the warrior, she refuses. She instructs him to give the money to a Man in Black. The man then asks what if he pays the wrong person. The warrior replies that the village would receive no further help from the Organization. And would probably be destroyed by a horde of Yoma.

On the outskirts of town, the unnamed warrior rendezvous with a Man in Black, Orsay. He addresses her as Teresa. He cautions her not to spread rumors of Yoma being sent to punish non-paying villages. Then he gives a new assignment—the village of Teo. 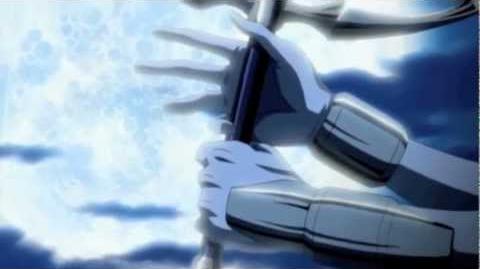 Morning. Teresa appears at the village gate. She suddenly enters the marketplace in a flash. She instantly kills four men, causing panic among the villagers. Two men awaken into Yoma and attack. Teresa says they should have awakened earlier. She kills both of them. Then everyone discovers the first four men were also Yoma. 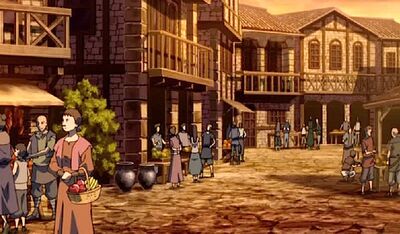 Before entering Teo, Teresa sensed the presence of a seventh Yoma. She spots him in the marketplace, hiding behind a young girl. Teresa leaps and lands behind him, then bisects him in two. The girl looks up strangely at Teresa.

In her bedroom, Teresa cannot sleep. She stakes her sword into the floor and rests against it.

The next morning Teresa leaves the inn. Again a villager tries to pay her and she repeats the drill about the Man in Black. Then the mute girl from the previous morning tugs at Teresa's cape. Teresa kicks the girl away, who keeps coming back. The villager speculates that the girl was a hostage of the Yoma.

In a forest, the girl spies on Teresa's camp. But Teresa disappears from the campfire, then just as suddenly appears behind the girl, Teresa's sword blade held over the girl's shoulder. The two are surprised by gang of bandits falling from the trees branches above. Teresa cuts off the hand of Lig, who tried to grab the girl. 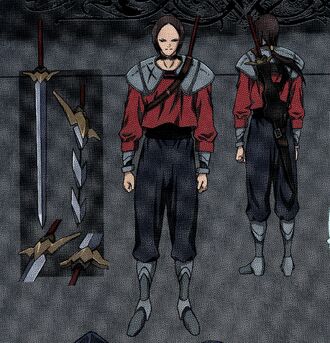 The leader of the gang, Boss, tells the gang that Claymores are forbidden to harm humans. Teresa offers her body to the gang, who are repulsed by the stigma on her abdomen. The gang leaves in disgust.

The next day, the girl continues to follow Teresa. Teresa jumps off a cliff. The girl imitates the warrior, hitting a branch, then ledge and finally hitting bottom. Teresa throws the girl into a lake, reviving her.

After feeding the girl, Teresa relents and allows the girl to accompany her.

Teresa decides to name the girl Clare, only to discover that is the girl's name. Teresa mentions the twin goddesses of love, Teresa and Clare, and how Clare's parents probably wanted Clare to take on the goddess' traits. This makes a life-long impression on Clare, which resurfaces in later scenes.

Retrieved from "https://claymorenew.fandom.com/wiki/Anime_Scene_5?oldid=59362"
Community content is available under CC-BY-SA unless otherwise noted.