Ilena teaches and Clare practices the Quicksword. Clare is exhausted and collapse to her knees. Ilena orders her to bathe and rest. 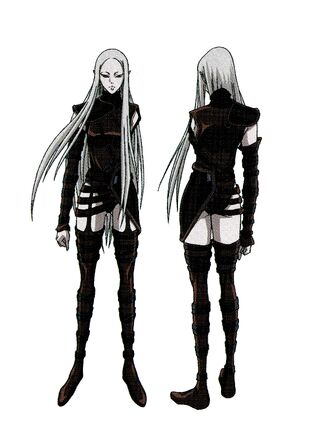 In a mountain lake, Clare bathes amid a serene starlit evening. She realizes how well concealed they are in this hidden valley.

Clare is surprised by the sudden appearanec of a campfire, where Ilena waits. Ilena notes how well her old shirt and leggings fit Clare. She orders Clare to eat as they talk over the fire about the past and future. 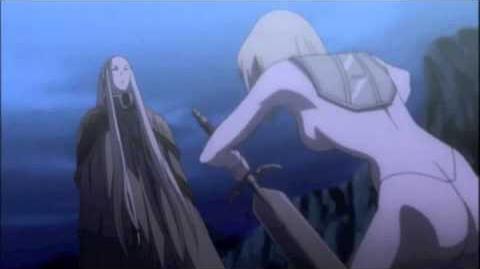 The next day, after a practice session, Ilena admits that Clare will never be able to use the Fast Sword in her condition. Ilena cuts off her remaining arm and orders Clare to reattach it to herself, which she does. Ilena says to consider it as "a parting gift."

After Clare leaves, Rafaela appears behind Ilena. Rafaela announces that she is about to execute Ilena for desertion. Ilena appears composed in the face of death.

Clare feels something sudden in Ilena's arm, but is distracted by a sudden commotion—Ophelia, awakened.

In the ensuing combat, Ophelia hurls Clare into a lake. The fight turns amphibious. While holding Clare underwater, Ophelia sees her reflection and realizes she has awakened. Ophelia distracted, Clare resurfaces and cuts off both Ophelia's arms.

Ophelia offers Clare another contest. Ophelia's vital core will emerge from the tail end. If Clare can hack her way through the entire length of Ophelia's serpent form, Clare wins. 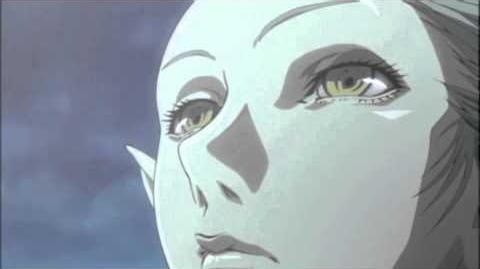 Ophelia's memory of her brother

Clare hacks her way to Ophelia's human form. Ophelia submits to execution. As Ophelia fades away, she realizes why her older brother sacrificed himself—to save her from Priscilla.

Retrieved from "https://claymorenew.fandom.com/wiki/Anime_Scene_14?oldid=57240"
Community content is available under CC-BY-SA unless otherwise noted.